You may not think of art in Middleton, but we do have a few wonderful pieces dotted around.

Residents are now developing a 3-year strategic plan to bring more art to our town. Do you have ideas? Would you like to donate a piece of art? Please get in touch! 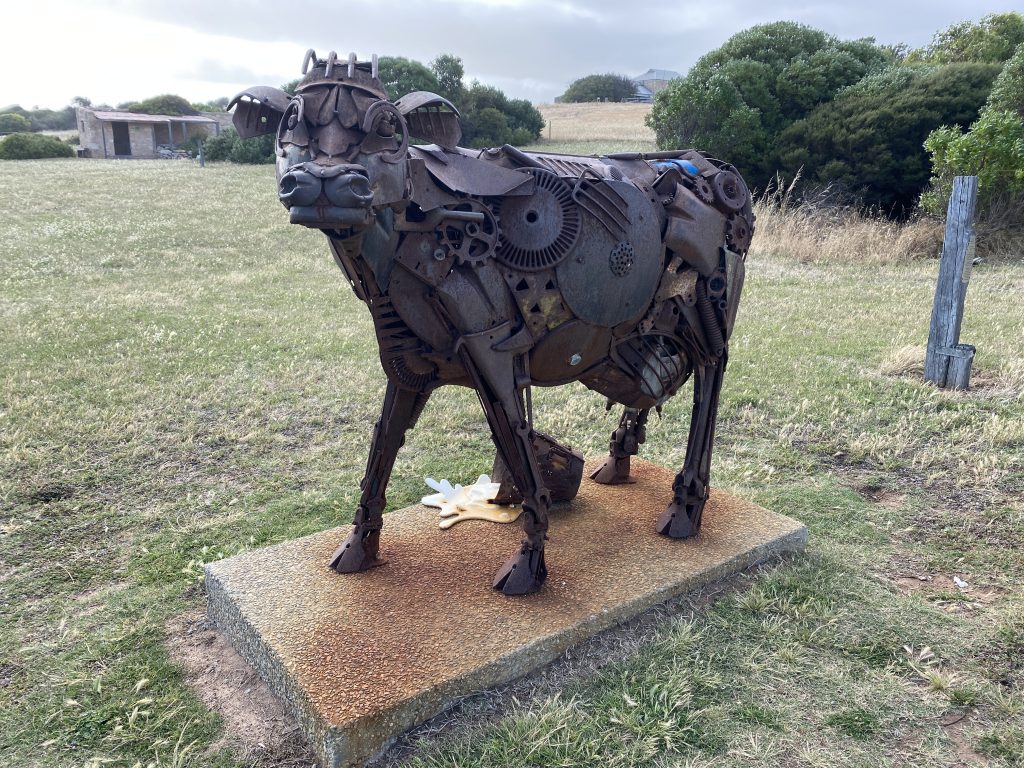 On the bikeway a hundred metres to the west of Basham Beach carpark is this stunning cow. Lead artist James Stewart was commissioned to create a piece of artwork with mentee artist Tracey Grivell, to commemorate the local dairying industry. 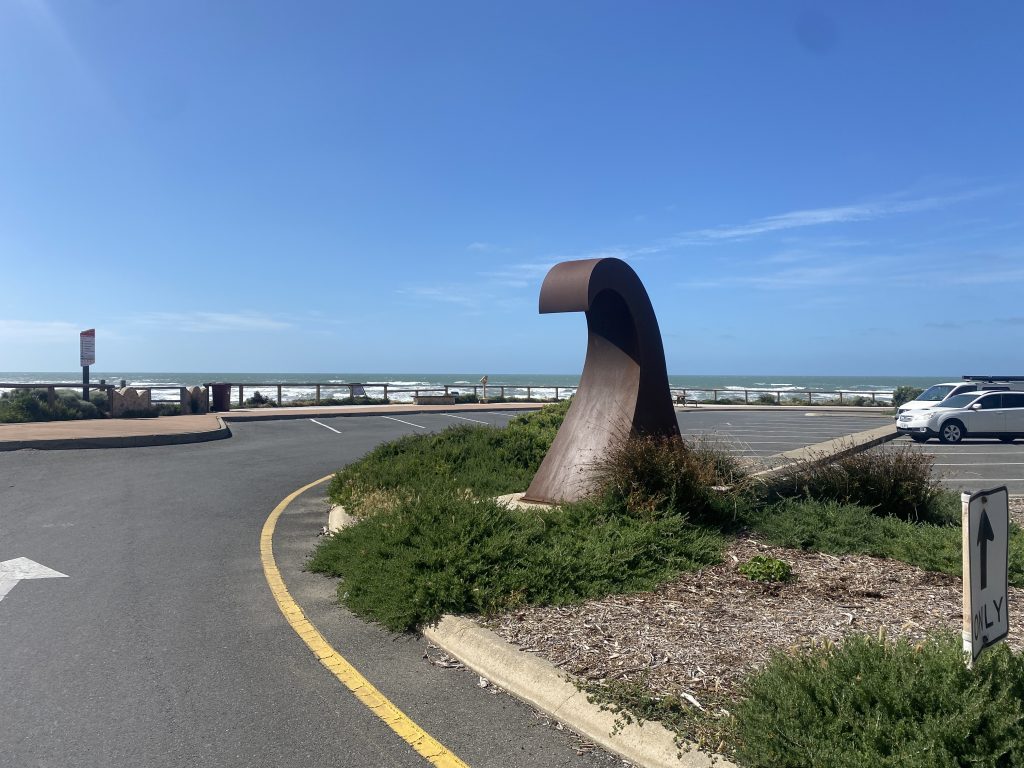 THE WAVE at THE POINT

It was installed in 2014 and overlooks the Middleton Point surf break. 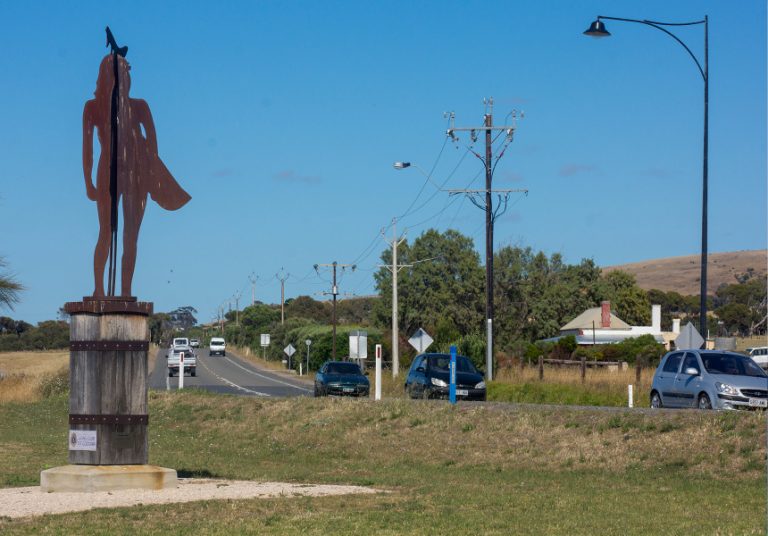 On the corner of the Main Street in Middleton and Mindacowie Terrace is a stunning wood and iron sculpture of a man and woman surfer. It’s not all Middleton is known for, but it 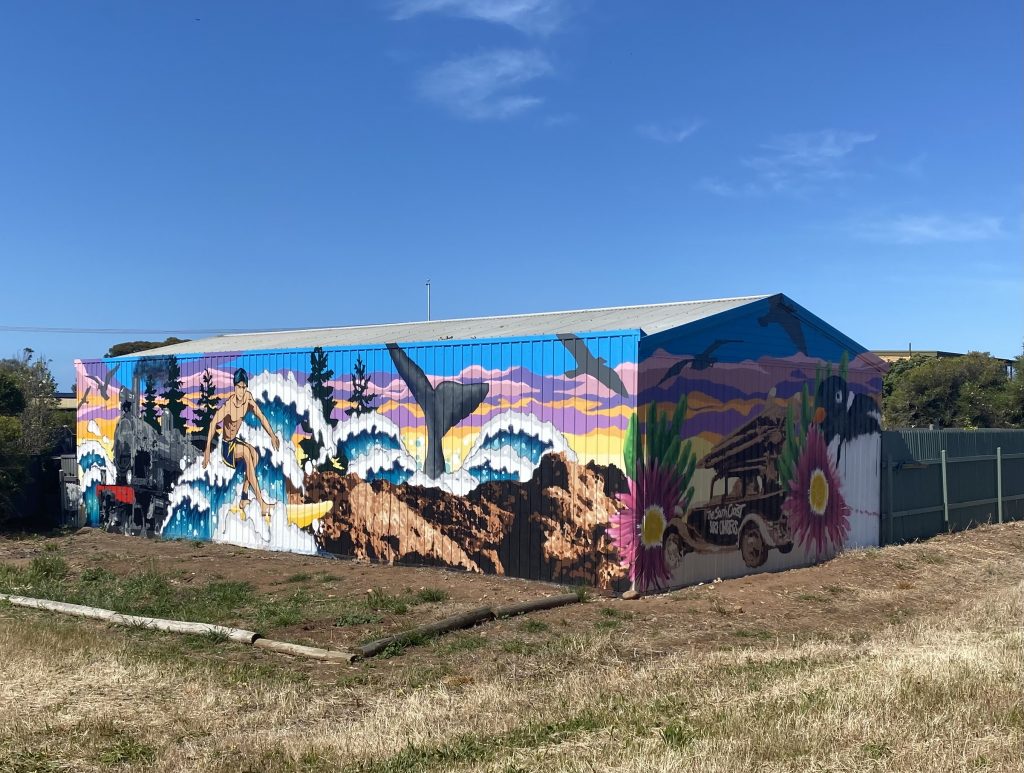 MURAL on the RAILWAY

Chad Spencer is a local aerosol artist and painted this colourful 54 square metre piece on a local shed. Included in the mural is the Steamranger ‘207’ which passes within metres of the shed, the waves of the beach and the rocks at Middleton Point. Also celebrated are the South Coast Surf Chasers and native flora and fauna including the Hooded Plover. 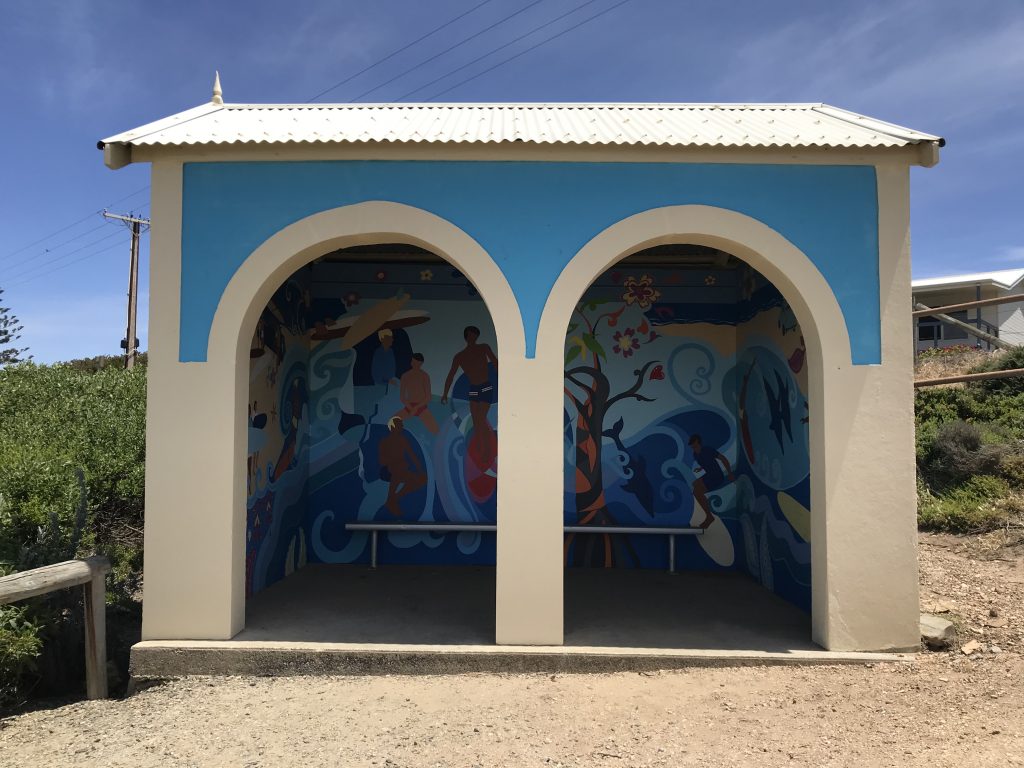 THE WAVE at THE POINT

Middleton mural artist Barbary O’Brien painted this mural inside the restored shelter shed/kiosk, which was built in 1917 by well-known stone mason, John Abbott, along with a team of volunteers. John Abbott also built the magnificent Mindacowie House in 1899. The mural is an expanded and reimagined version of an original painted by Helen Fuller in 1967 in the old Day St Surf Club. People shown are amongst SA’s earliest surfers and champions, pre leg ropes, light boards and wetsuits. 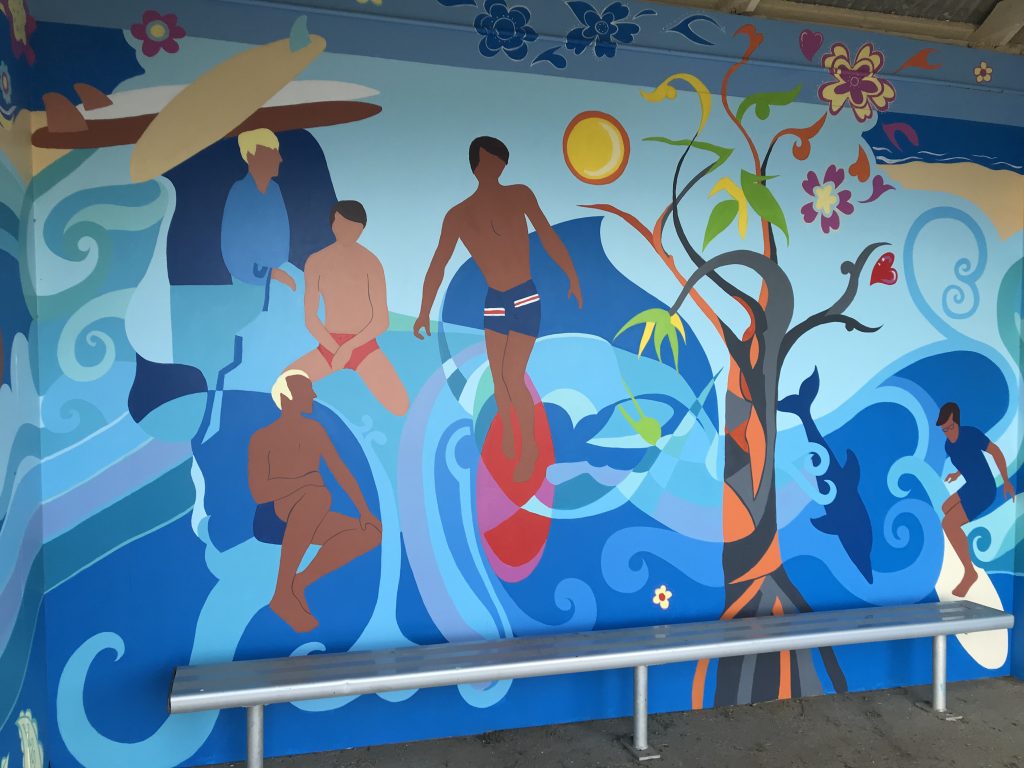 We’ll keep you up to date with events, new things to do and more!